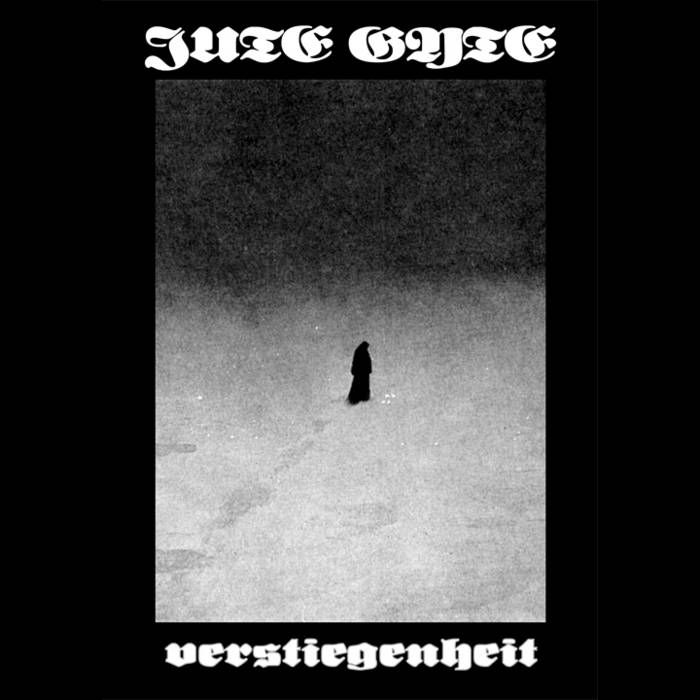 Atmospheric Black Metal Cat Anyone that can take a middle section of a Neil Young song and draw inspiration to create high quality black metal needs to be listened to in my humble opinion. Favorite track: Apparition in the Woodlands at Dusk.

Notes:
Following the style of “Young Eagle” - frequent shifting between unusual meters, multiple freely polyphonic leads – with Verstiegenheit I feel I finally acquired a stable foundation on which to build, which explains how I wrote this album in three months as compared to the years consumed in creating its predecessors. The long progression that opens “The Light That Hangs Above the Fields” was inspired by the descending sequence of seventh chords in the central portion of Neil Young's “A Man Needs a Maid”.

The title “Verstiegenheit” is from Wallace's Infinite Jest; Wallace apparently got it from Bloom's The Anxiety of Influence where its root meaning is identified as “wandering beyond limits”. Wandering beyond limits, via overconsumption and evangelical lust for religious apocalypse, into ecological collapse and secular apocalypse is, as with Young Eagle, the core lyrical theme of the album. Major lyrical influences on the album were Infinite Jest, McCarthy's The Road, DeLillo's White Noise and Jan Swafford's superb biography of Brahms. The final lyrics are from Hӧlderlin, as used in Brahm's Schicksalslied; The final track's subtitle “Late Idyll” refers to Brahms's deceptively serene second symphony.

"Trust me, you've not heard anything quite like this before, and such strange hypnosis provides one of the compelling reasons that Jute Gyte deserves further examination aloft the saturated spectrum of underground darkness... Verstiegenheit might require several exposures before it seeps into the listener's skin, but as usual, Kalmbach is not interested in accessibility, nor the cheap rewards of the easier road. This is impressive, important music, but it flits across the depths of the surreal and secret. It's not coming to you. You're going to have to chase it." - Fromthedustreturned.com