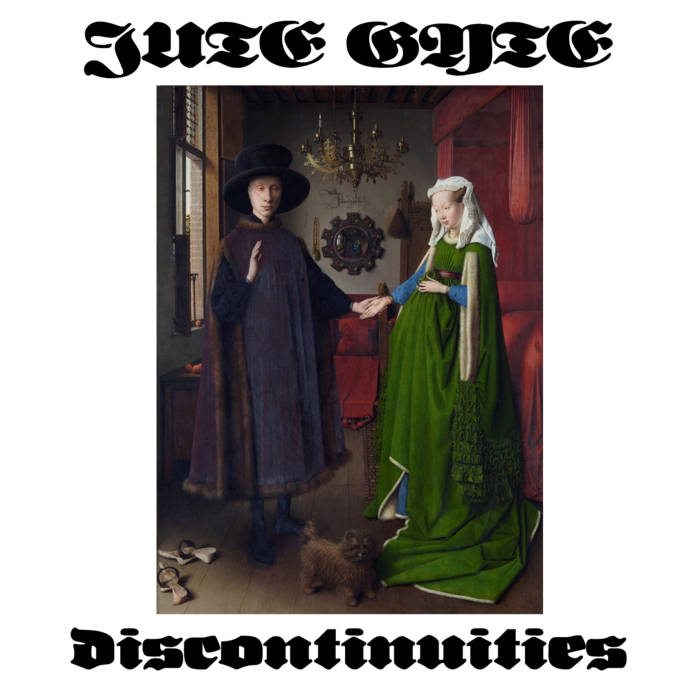 Atmospheric Black Metal Cat Love that all of his albums are like boxes of assorted black metal chocolates.. you know when you open them what you are going or get , but then there is always more mixed in there . Great record. Favorite track: The Failure of Transmutation.

Ken Goodey This release definitely has more of a traditional black metal feel than the subsequent two albums in this series [Ressentiment & Vast Chains], aided by a vocal style that exhibits a similar harsh angst to that of Teutoburg Forest's Donn on Anti Subhuman Scum. The general feel of the music is still compellingly attractive despite its discordant nature and is rich with more musical ideas than most artists seem to be able to create over a number of albums. Favorite track: Romanticism Is Ultimately Fatal.

Nihilistless Along with Ressentiment and Vast Chains, this represents a triad of ferocity, of bombastic energy and melting waves of destructive microtonality. It's a mash up that feels like the crushing weight of modernity breaking your spine and psyche. Favorite track: The Haunting Sense of an Unrepeatable Unidirectional Vector.

Xtrmst I heard metal future and its name is Adam Kalmbach.

Notes:
I turned to microtonal guitar due to a growing sense that I did not have access to the tonal materials I needed and a dissatisfaction with the lack of accuracy afforded by more traditional solutions, like slide guitar or fretless necks. Giddy at the possibilities afforded by a quartertone guitar I wrote this album as well as its successors, Vast Chains and Ressentiment, quite intuitively in the span of two years.

The title "Night Is the Collaborator of Torturers" is from Anaïs Nin's House of Incest. "Romanticism Is Ultimately Fatal" is the title of a photocollage by Joanne Leonard (and is true). "Supreme Fictions and the Absolute Fake" refers to Wallace Stevens and Umberto Eco; the line "great deserts of black sand" and the nested possessives (probably ill-advised) refer again to the work of D.F. Wallace. The title track begins with a canon on a twenty-four tone series. The canon shifts, one voice at a time, to an arpeggiated minor triad, a transformation from microtonal serialism to triadic diatonicism.

"...A dense, dizzying microtonal black metal, that spends much of its time locked in spiraling, frenzied swirls of frenetic buzz, the sounds slippery, slithery and shimmery, those moments the closest any modern black metal band has come to creating something truly transcendental..." - Aquarius Records

"I've probably said it before, but this is basically a one-man Sonic Youth for the post-Burzum generation. The guitars fixated more on the former comparison, the vocals and shared love of ambiance redolent of the latter. This is an album which heavily explores textures. Warped, wonderful textures. From the thundering, droning inaugural progression of "The Haunting Sense of an Unrepeatable Unidirectional Vector", you can immediately feel the difference in the chords as subtle bass grooves are wrought below them. There is still a propensity for sheer 'wall of noise' amplitude, especially in some of the faster, harder hitting sequences, but these are never given so much face time that they grow to any level of annoyance. Instead, they're measured off against jangling, cleaner passages of dissonant tranquility, and once in awhile he pulls off a truly climactic, otherworldly chord sequence: near the minute mark of the wryly titled "Romanticism is Ultimately Fatal" (best song title this year?) would be one example, or the hustling post-punk clamor opening "Supreme Fiction and the Absolute Fake", which turns out to be perhaps my favorite overall of the metallic tracks.... There's a shocking sense of warmth exuded by even the most frenzied and insect-like polyphonic picking patterns, and though it might not be labyrinthine on a purely technical level, there's a natural complexity that builds while the mind reels and attempts to place the guitars into perspective. Uncomfortable? Of course. But in the clause of 'it if didn't hurt, it wasn't worth it'. Kalmbach continues to traverse genre boundaries as if they were mere hallucinations, and I do hope he continues to incorporate aesthetic divisions, implement nuanced instrumentation, and twist the knobs (and spines of the listeners). Another killer in a largely unbroken line of killers." - From the Dust Returned

"With this radical level of experimentation, the degree to which the album feels natural rather than manufactured is impressive. Perhaps it is unsurprising then that Jute Gyte is a one man band, the work of Adam Kalmbach whose experimental tendencies have gone untempered by the compromises that often happen with collaborations. “Discontinuities” is daunting because of its strangeness, its hour long length, and a certain kind of majesty that isn’t immediately obvious or instantly rewarding. Still, the album has lasting power far beyond whatever novelty it provides. Although supremely strange, it is more importantly a great album because of how the immersive layering makes such an alienating experience one that is absolutely worth repeating." - The Oak Conclave